It’s been a while since I last wrote a blog post. This article from Sunday’s Guardian has prompted me to put that right.

The NHS holds a special place for many of us. My family and I have had many occasions to be grateful for the care and support we’ve received at all sorts of times of the day and night. I don’t ever take for granted what we have here in the UK.

I’m also under no illusions, just because a service is filled with ‘caring’ professionals doesn’t necessarily lead to workplaces filled with peace, love and understanding. As the Guardian’s article makes all too clear.

The thing is, and the reason I felt moved to write today, in my experience many NHS Trusts are aware they face problems and recognise they have work to do to create productive, healthy, and mutually supportive workplaces. In many instances, they are taking practical steps to close the reality gap between the core values they espouse and the day-to-day experiences of some employees on the ground.

For example, we recently worked with a proactive NHS Trust that wanted us to use our drama-based, experiential approach to work with groups of employees to:

Over the course of 16 3-hour sessions of dramatised content, interactive electronic voting, and honest conversations we worked with over 350 operational employees from one hospital. The sessions were widely well received and valued. 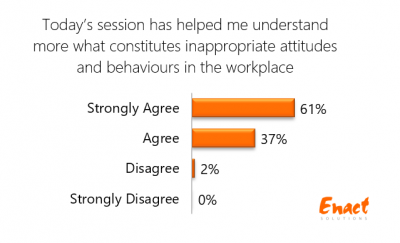 Headline results from the sessions and a follow-up survey 6-8 weeks later included:

This is just one example of the proactive steps taking place in the NHS and the work we have been doing to help. On its own it won’t fix all the harassment, bullying and incivility that exists but, allied with other initiatives and changes, I believe it can help make a positive difference. As this delegate put it:

“I feel that changes are beginning.  There is still a long way to go.  I think that this course or its content should be part of the annual refresher so that these behaviours come to be automatic.”

As the saying goes, a journey of a thousand miles begins with a single step. If you want to create a more supportive workplace and would like to know more about our work with NHS clients, feel free to contact me. 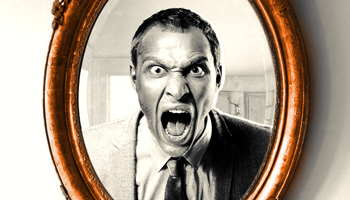